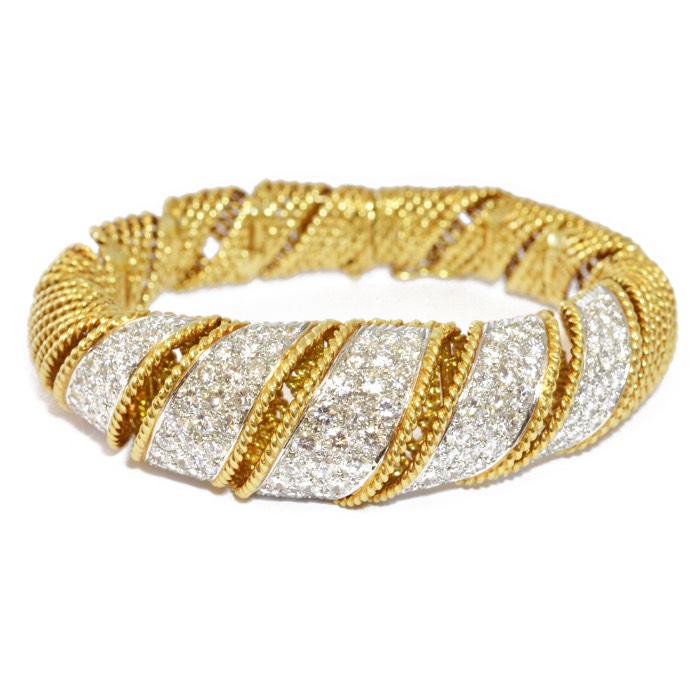 Art Deco jewellery broadened into more massive, less static forms modelled into thick volutes, straps, buckles, and stepped shapes which looked well with the sportive silhouettes of the time- padded shoulders, belted waists and short skirts. Since platinum was requisitioned for the war effort in the Allied and Axis countries gold, already in fashion from around 1935, now became the principal element of jewellery until 1945, epitomised by the flexible “gas-pipe” and mesh bracelet and necklace, the centres embellished with a coloured stone spray of flowers or a bow.

The success of the “New Look” of Christian Dior in 1947 which brought back more feminine clothes with long skirts, trim waists and sloping shoulders did not entirely exclude jewels echoing pre-war and wartime styles, and the emphasis on size and movement continued. However, the prosperity of the 1950’s is reflected in the return to platinum diamond jewellery in traditional styles rejuvenated by the mathematical precision of the modern cuts.