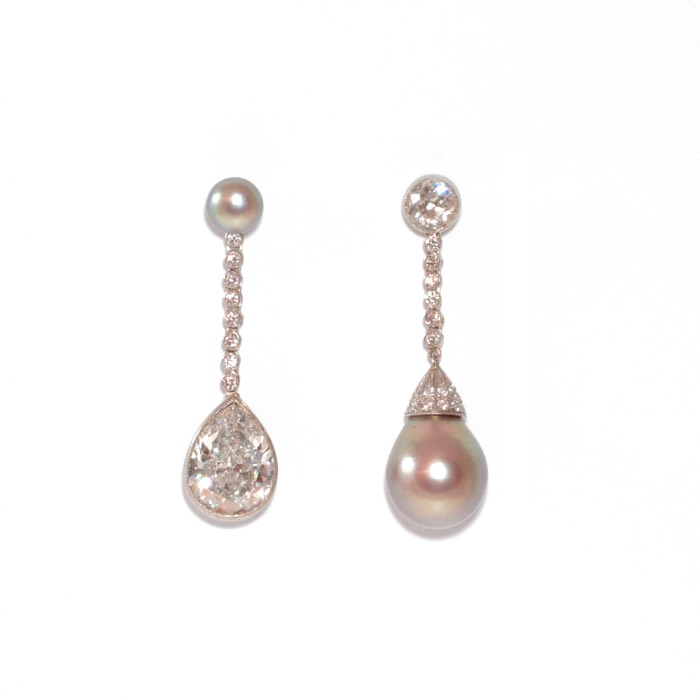 Although not a mineral, the organic pearl is just as precious as the diamond, the sapphire, ruby and emerald on account of its “orient” or lustrous iridescence. Each pearl is a jewel in itself, requiring no setting, and can be worn individually as a pendant, but when strung with others into a necklace it forms one indivisible whole.

In history the largest, most symmetrical pearls of good colour were so esteemed that they were given individual names- the Peregrina, the Régente, the Hope, the Dudley, -as were necklaces such as those of Queen Mary of Scotland and Catherine the Great of Russia. Having reached astronomic prices in the Edwardian period pearls declined in value after Mikimoto perfected the cultured pearl in the 1920s but today the individuality of the natural pearl is once again recognised so prices are very high.

Blending so well with the skin they look best when worn in the ears or as bracelets and necklaces but a fine specimen, large or small can be shown off to advantage when mounted in a ring or brooch, surrounded by the glitter of a diamond border.