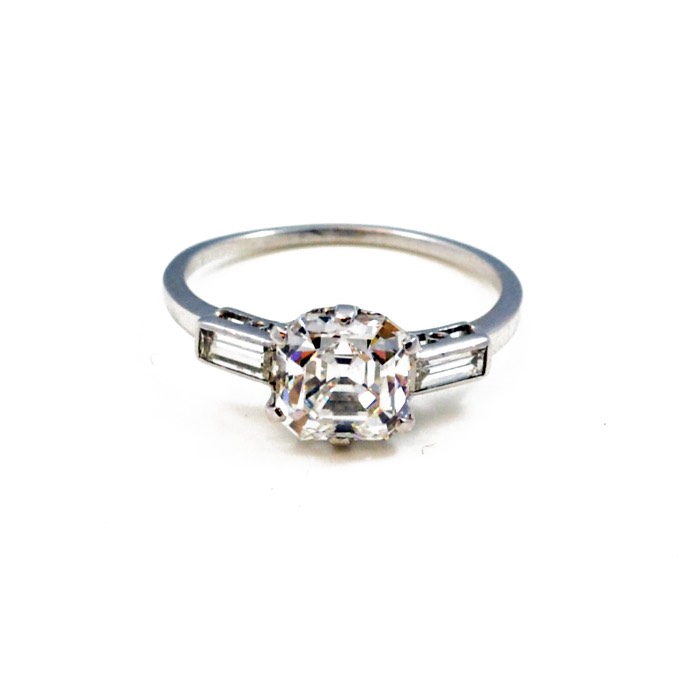 Prized since antiquity above all other stones on account of its invincible hardness, faceting techniques improved dramatically in the seventeenth century leading to the primitive point and table cuts giving way first to the rose and from the 1660s the brilliant cut. The next step came after the discovery of diamonds at Minas Geraes in Brazil, when India was no longer the main source of supply and the French jeweller, J.H. Pouget could declare in 1762 that “we are now in the age of the diamond”, and some of the most exquisite jewels ever created date from this period. It remained the mark of the highest social and economic status, and in 1822 The Lady’s Monthly Museum observed that “diamonds are worn in profusion by the rich and all endeavour to have a ring or brooch of the same costly gem”. A further development came later in the century when the market was flooded with so many diamonds from South Africa that the stone lost its rarity and became available to a wider range of people than ever before. For most of the twentieth century it has been set in platinum which light in weight yet solid and neutral in colour shows off the brilliance of the large and the sparkle of the smaller stones. At the same time great progress has been made

in faceting leading to the introduction of new cuts. This has resulted in the creation of “all- white” diamond jewellery, composed of a mixture of cuts, each one contributing its own individual accent of light to the composition.