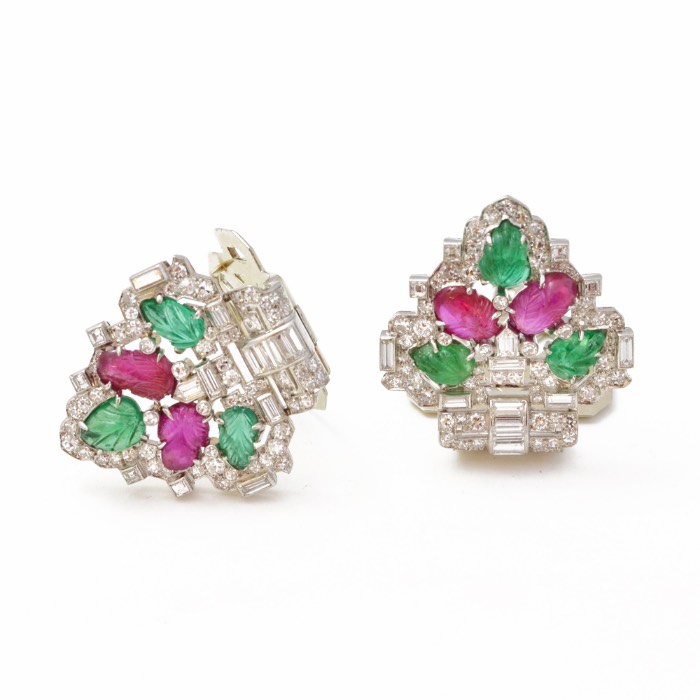 Throughout history coloured stones have never lost their desirability. For centuries they were not only sought for their beauty and rarity but for the magical and healing powers associated with them, and even today the possession of a birthstone is believed to bring good luck. At first used in the natural domed cabochon form, improved faceting techniques have brought out the full glory of the colour, which can be further enhanced by skilful foiling. While the rarer larger specimens can be mounted on their own, the more numerous smaller stones present more of a challenge to the jeweller who has to group them together attractively.

The sheer prettiness of Georgian jewelled bouquets, insects and fireworks exploding upwards demonstrates how this can be achieved. Contrast with the white light of the diamond has the effect of intensifying the colour, and this is usually through cluster designs, in which the diamonds surround a larger coloured stone, or conversely, the coloured stones encircle a diamond. Two advances in the twentieth century have been perfecting of calibré cutting which was developed into the invisible setting which masses groups of small stones into a mosaic of glorious colour unbroken by metal supports.