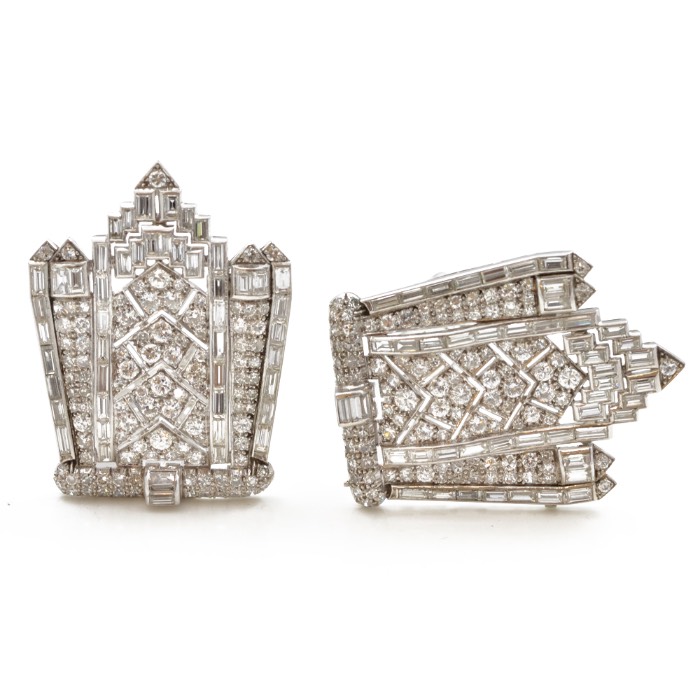 Art Deco jewellery emerged at the 1925 Paris exhibition of Decorative Arts at which only designs independent of the European historical tradition might be shown. It was strongly geometric in character, using precious and coloured stones with black onyx, jade, amber, agate and lapis lazuli in hitherto unknown combinations.

With the exception of small round and baguette diamonds all these stones were now cut into a variety of shapes to fit the design. Most were abstract, though inspiration also came from the art of China and of ancient Egypt with a further exotic touch provided by emerald cameos and quantities of carved coloured stones imported from India.

The slump which followed the stock market crash of 1929 meant that jewellers only survived by using cheaper aquamarines and citrines, though “all-white” diamond jewellery was adopted by the few who remained rich. A significant invention was the clip, worn individually or in pairs, pinned to hat or bodice, hung as the pendant to a necklace, or placed as the centrepiece of a bracelet.